new but not getting used

During the first trimester, I could fit into most of my shorts with no problem. I only recall using the rubber band trick after eating, but needing to have my pants unbuttoned to make room for a food baby is nothing new for me. Once the second trimester and cooler weather came along, it was a different story though. I bought a belly band but it has gone unused since I can't get any of my pants over my hips and thighs.

This is just a long way to say that the pants you see today are (over-the-belly) maternity pants. I got them on clearance, most likely because of that whole "you're not supposed to wear white after Labor Day" thing. I haven't worn them as much as I had thought I would, which is a little disappointing, but I'm hopeful that I'll either make it happen or wear these a bunch in the spring. Pinterest has been unusually uninspiring, so that hasn't helped either. How do you wear white jeans (especially in the fall)? 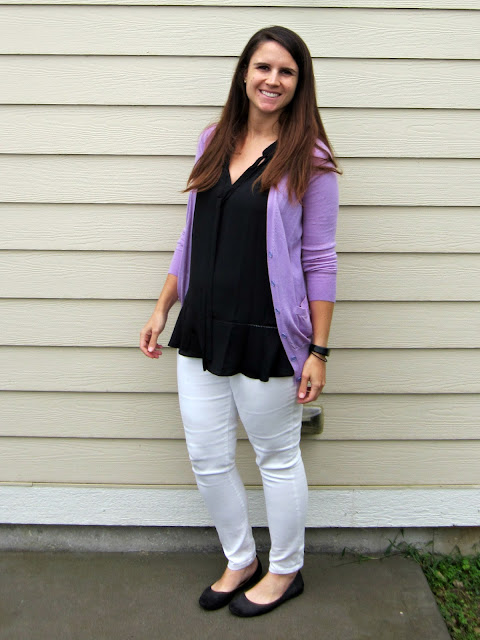