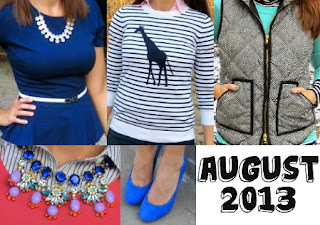 Not a bad month overall. I'm sort of just in disbelief that I only bought five things, and still like four of them. Now I just need to get to wearing these things more!
Posted by kate @ a journey in style at 8/31/2015