Last week, I played hooky and went to the Outlet Mall. I nearly walked away empty handed and would have had I been able to show some self control. But I just can't resist $6 scarves. While I was tempted by saddle and seaport blue I chose berry crush because I no longer had a dark floral scarf (after giving one back to the friend who had given me that scarf in the first place). Replacements are totally justified purchases, right?

Even if they're not, multi-colored scarves are always justified purchases. You can obviously pair them with whatever colors are in the scarf itself, or experiment with contrasting and coordinating colors. I honestly couldn't decide what color top to pair this scarf with first. I had it narrowed down between black, white, coral, fuchsia, and mint. Fuchsia won the battle, but it's the scarf berry crush that wins the war. 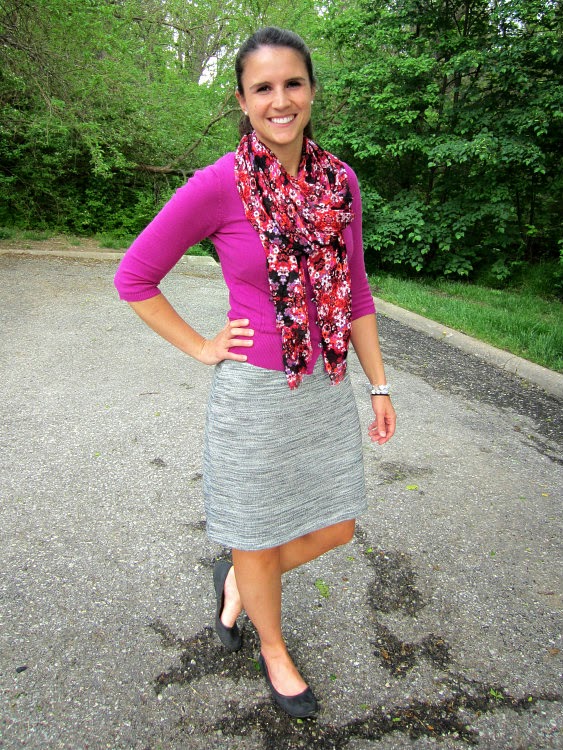 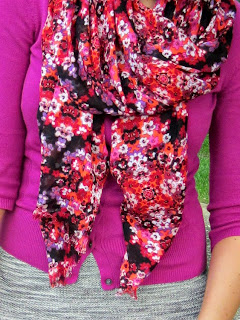 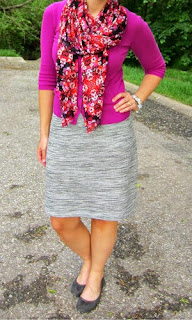