1. When Whitney announced that she and Carrie would be hosting Create28: Lovely Spring Looks, I decided I would hop on board. It's been a while since I've done a month long challenge, so we'll see how this goes. The prompt for today was "pop of pink". It's hard to know when a pop is no longer a pop, but I decided that it would mean one pink item.


2. When Sarah announced that she would be hosting the Top Ten Remix Challenge, I wanted to jump on board. But then I realized I had already jumped on board for Create28. Can I be on two boards at once? Only time will tell. But for today, yes. [One of my ten is my grey piped blazer. Other nine TBA.]


3. This outfit was inspired by this pin {via Fizz and Frosting}. While I appreciate her additional touches, I felt like keeping it simple and forgoing a belt and necklace. In hindsight, I should have worn earrings. 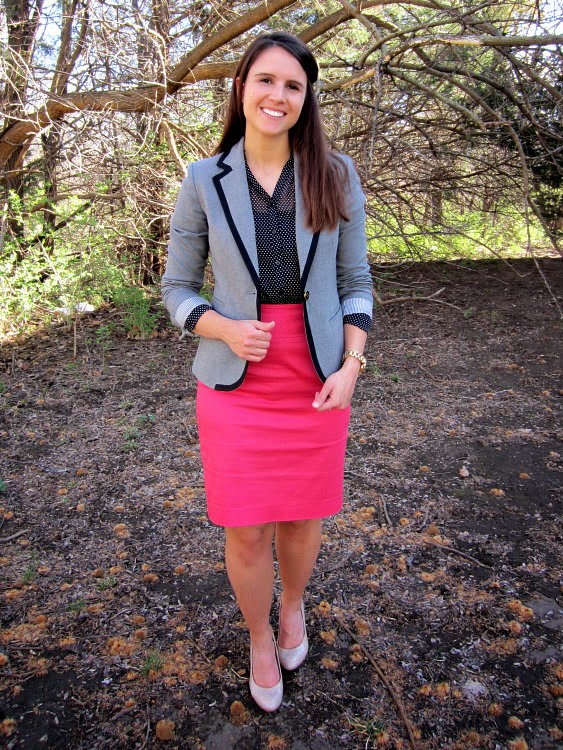 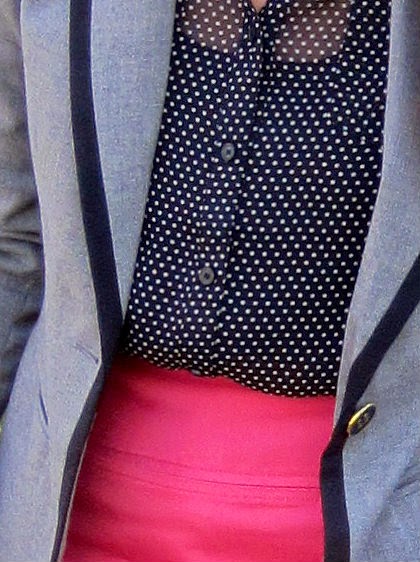 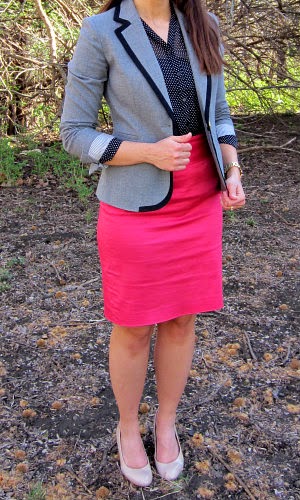