Once upon a time I read an article that claimed that a teacher's outfit will affect the perceived distance between a teacher and her students. The article suggested that instructors should dress professionally during the first few weeks of the semester, and then start to dress more casually. When I first read that, I thought, "Great. As if picking an outfit weren't hard enough already, now I have to also think about how my attire affects immediacy."

I thought the article made some interesting points. As an instructor, I want to appear competent and organized (which occurs through formal dress), but I also want to appear open and friendly (which occurs through informal dress). So how do you strike a balance between formal and informal? How do you appear knowledgeable and approachable at the same time? Do people in other professions have the same concerns? These are the questions that keep me up at night. I eventually fell asleep, woke up, and put this outfit together. 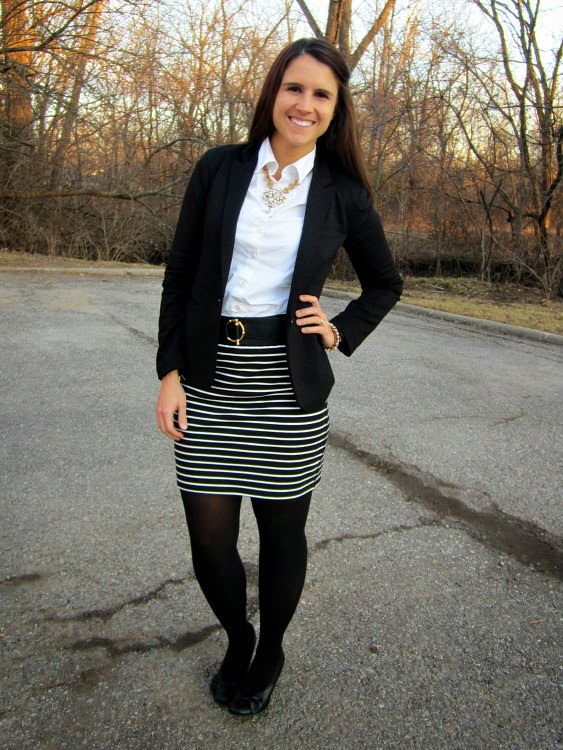 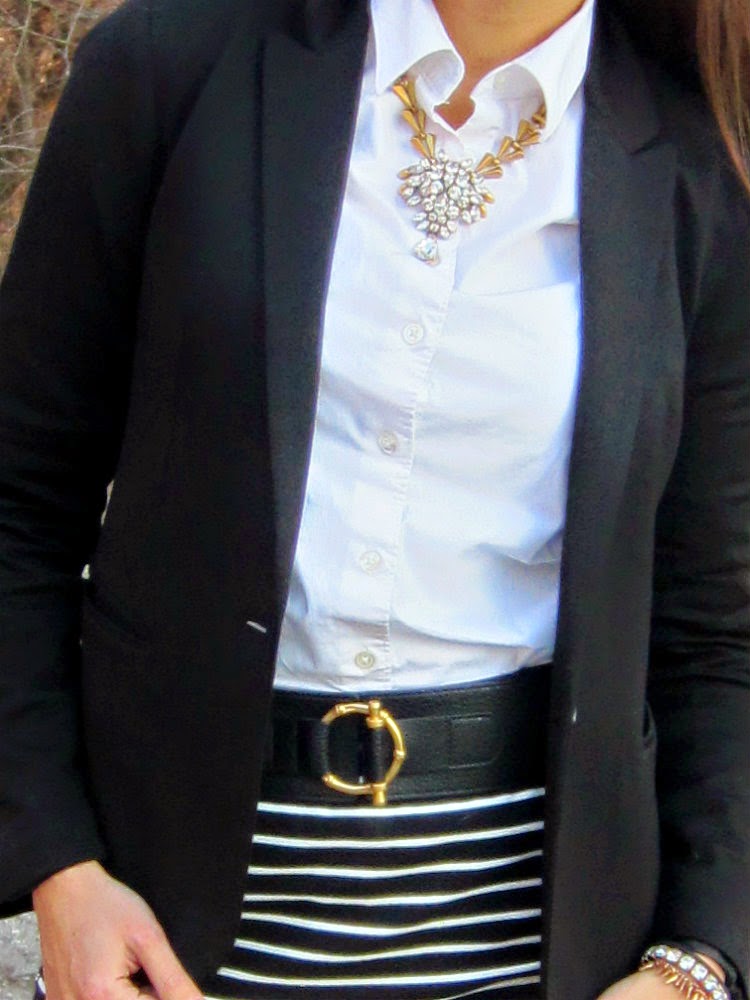 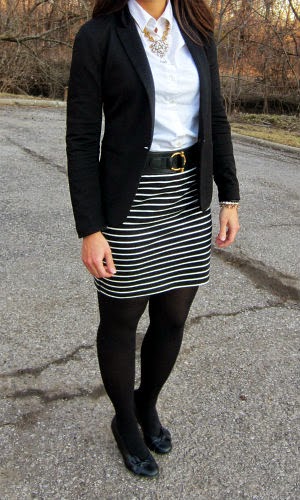