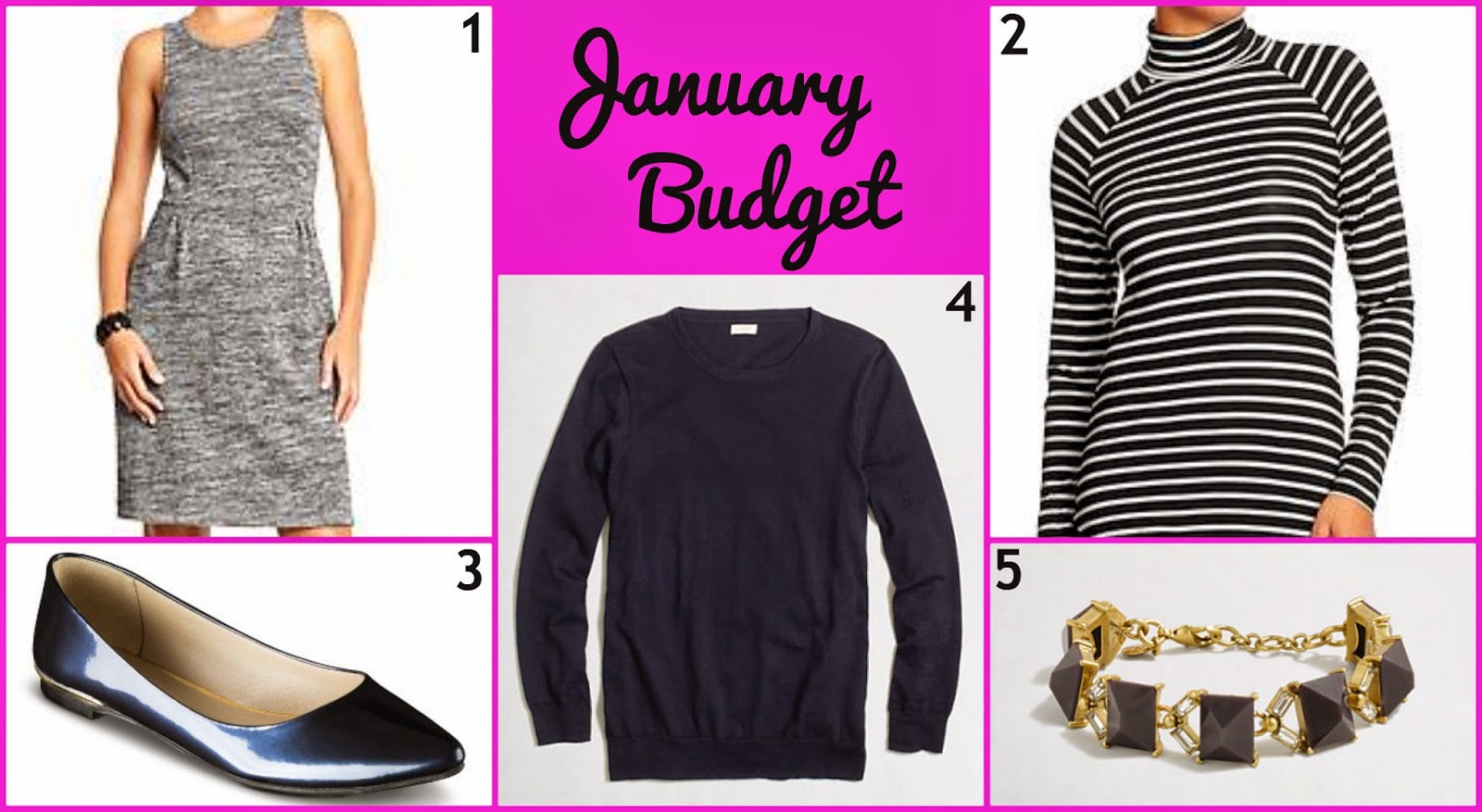 
Not bad, especially considering two of these items (#1 & #4 were on my wishlist). I patiently waited for the grey dress to go on clearance, but by the time it did, it was too close to Christmas and I felt guilty buying anything for myself. It wasn't until I saw it on Heidi that I decided to stalk it again. It took a few days, but I managed to nab one in my size. The turtleneck seemed like a great layering piece, and helped me qualify for free shipping. I had almost bought the flats when they were $12. I realized I only have one pair of pointed toe flats in my closet (and those are leopard print), so these additionally serve as a variety piece. A navy sweater has been on my list for over a year now, so when J. Crew Factory had a flash sale on their clearance, I nabbed it without thinking twice. The bracelet was another impulse jewelry buy. I've really got to get that under control this year. But it's so cute!

While I'm happy with these purchases, it doesn't really stop there. I'm currently mulling over two pairs of flats from Payless (these and these). Together, both pairs cost me $30 which I can handle. I like the grey ones, but I'm on the fence about the blue ones. Are they too juvenille? Too loud? Could you see me wearing them?

As for what didn't work... This cardigan from Forever 21 that was too small. As was this sweater. I'm half tempted to order it again in the next size up, but I'll have to wait until the next round of free shipping. I asked you what you thought about this poncho, but I decided against it. While I could make it work, $20 is a lot to pay to make something work. And why would I keep something I'm on the fence about? I doubt I'll regret the decision, and suspect I'll be able to find another white poncho down the line if I change my mind. I had also ordered this shirt from JCF (to qualify for free shipping) but didn't love the pre-wrinkled pre-crinkled-ness to it. It was a great deal, but I just didn't love it.


How did you do this month? After putting this post together, I realized I missed posting December's budget and doing a 2014 budget rewind. I'll try to get that together soon, so stay tuned!