After an awesome month of not spending any money (!!), that all went down the drain this month. In my defense, it was one of the most mentally exhausting and emotionally grueling semesters I maybe have ever had. So, I treated myself... a few times. 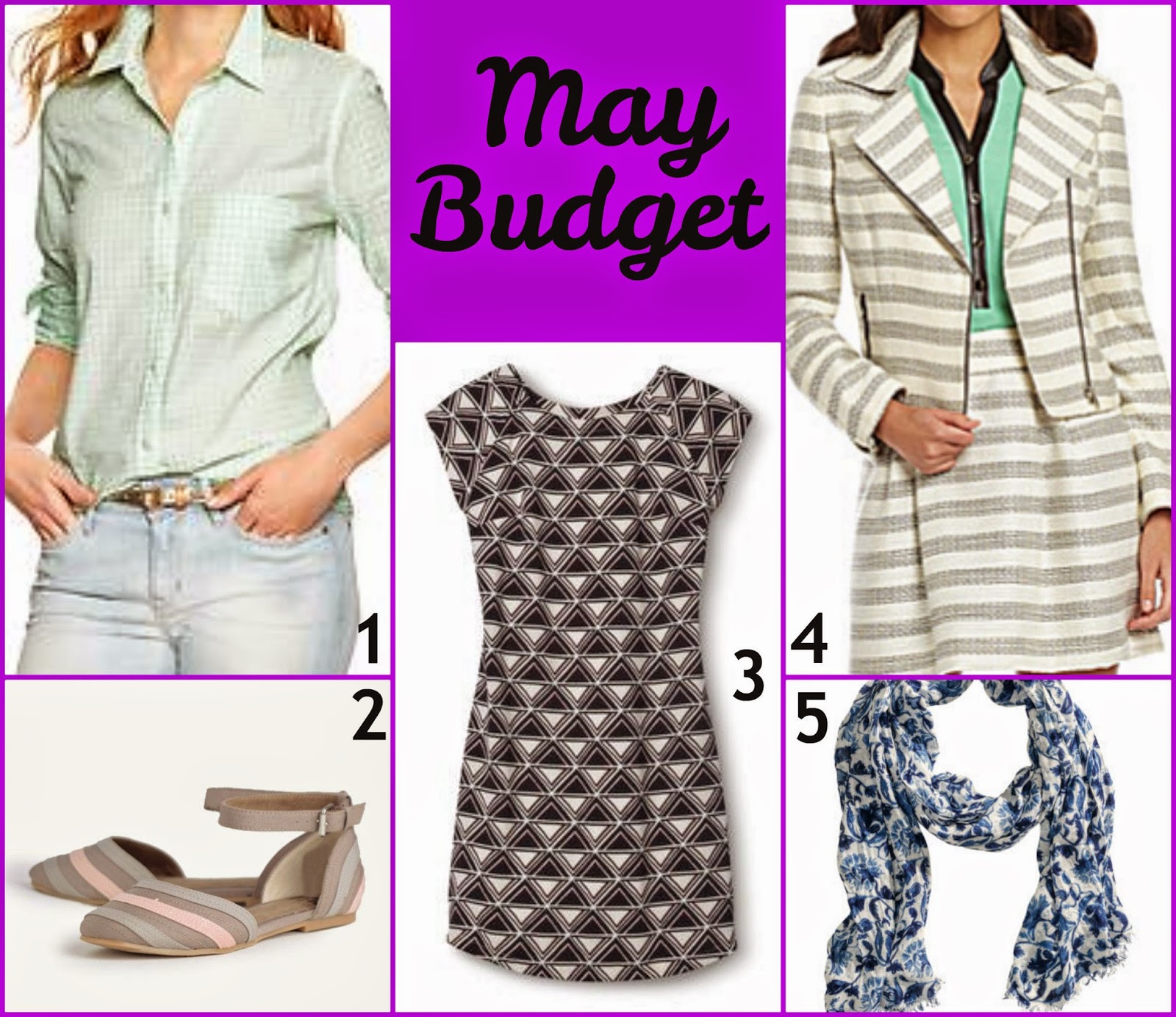 Even though I ended up spending $0 in April, and I made $48.89 selling clothes, it's still a lot to spend in one month.


I'm really happy with the gingham shirt and scarf, but the flats were honestly downright unnecessary. Unfortunately I decided to wear them before I did my closet inventory. But the way my mind works, if I wear them a bunch, I'll feel like it was a justified purchase. Now to just do that.

The moto jacket was a splurge, but it was also my treat for making it through the spring semester. I've been so bored with the typical mall stores lately, so my friend and I decided to walk through Dillard's (even though everything in it is way past our price point). The moto jacket caught my eye, (as did the 65% off sign on the rack) and so I tried it on. It slipped on so smoothly! I put it on hold for the day, and at the end of the mall trip, decided I couldn't go home without it. I actually tried on a similar jacket from LOFT a few months ago at the same price, but it fit terribly, had no structure, and looked like it was already starting to fall apart. Long story short: I'm not sorry I bought the jacket.

I was really tempted to buy these shorts and this skirt from Old Navy, but again, after doing my closet inventory, I couldn't justify it. I may or may have not accidentally bought this sweater and this tee from J. Crew Factory during their Memorial Day weekend sale. I didn't include it in this month's budget since I haven't yet received them, and they're probably going back. If on the off chance I decide to keep anything from the order, I'll include it in my June budget.