To sum up March shopping in one month: meh. I thought the new spring collections would tempt me, but they haven't at all. I can't decide if that's because the voice of reason has finally taken over, telling me I already have enough, or whether I'm just so exhausted from school that nothing is drawing me in. (There may also be some body image issues I'm working through that are also keeping me out of the shopping mood, but that's for another day.) 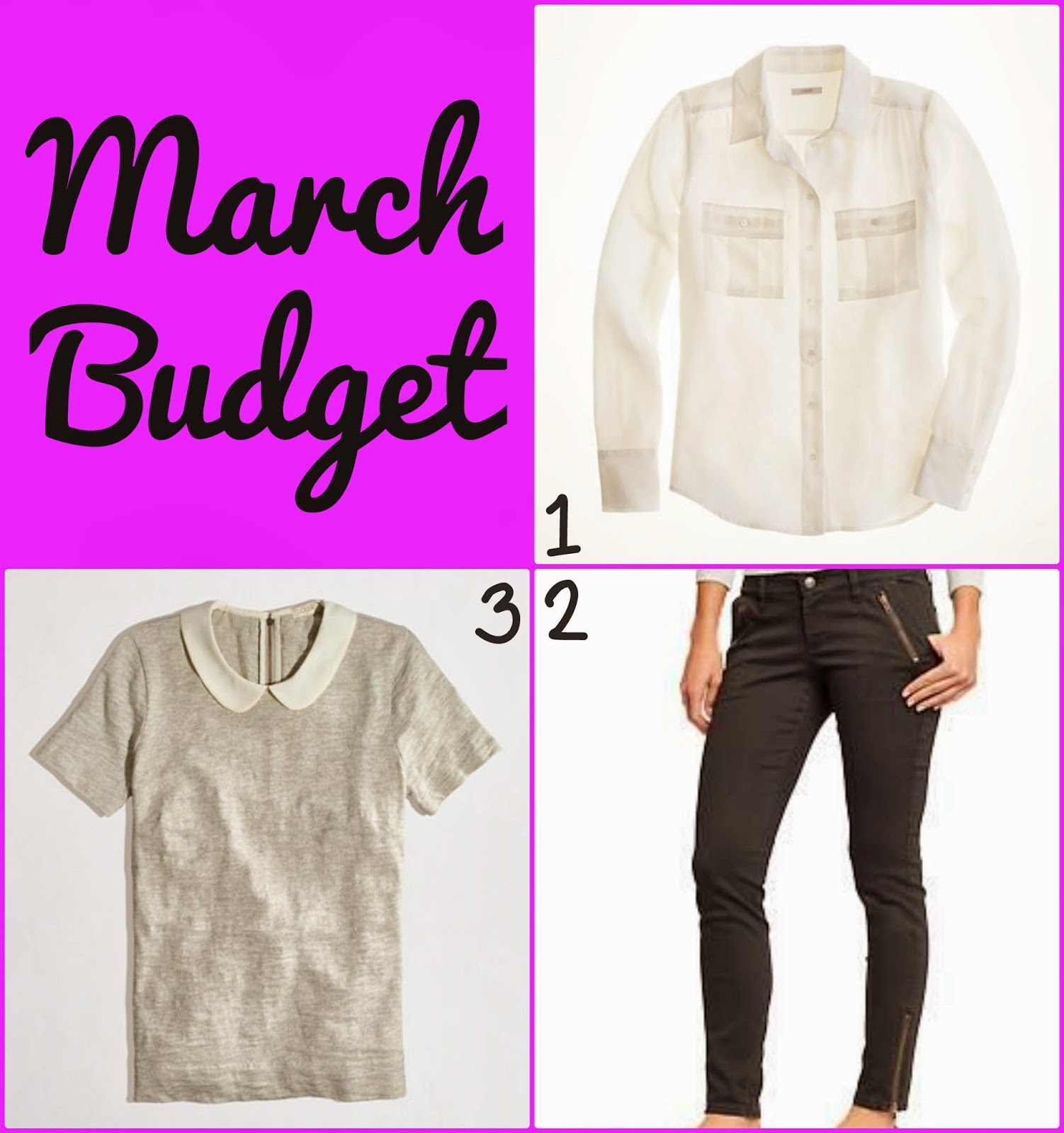 I successfully sold some clothes this month and made $23, but I'm not subtracting that from my budget, since at the end of the day, I still spent $69 $12.

I was really excited about the white blouse when I got it on super-sale, but it's been almost two weeks since I bought it, and I haven't been itching to wear it. It's a solid piece, versatile enough to be worn for teaching or for a casual lunch date, but do I really need it? I think the biggest problem is that I have a cream blouse (non button front, though) that I rarely wear, so I'm worried that I won't wear this one that much. I have less than two weeks to decide, so any input would be greatly appreciated!

I chose the pants because they were on super sale, but also because I was tired of basically wearing one pair of skinny jeans all winter long (on my non-teaching days). They're not the most perfect pair ever, but they'll get enough wear.

I'm on the fence about the Peter Pan tee. It's slightly shorter than I had expected and hoped it would be. I think it could be let out on the bottom, but I don't want to pay extra for that. I think for $32, a top had better be absolutely perfect. And this one almost is. I'm hoping it will go on sale even more, but I have my doubts that it will, especially because it's an online exclusive. I'll try to get a "reader response requested" post together this weekend

The other thing worth noting is that none of the items purchased this month are on my wishlist. Do you only buy things on your list, or do you let yourself deviate from it?