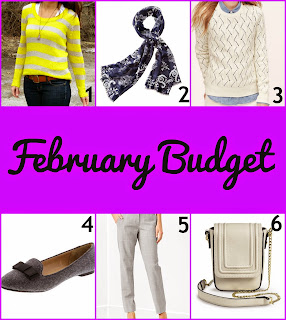 While this wasn't the best budget rewind to date, I'm still satisfied with what I bought and how much I spent. (Which makes sense, as I reported originally in that post that I was "mostly satisfied".
Posted by kate @ a journey in style at 3/01/2016