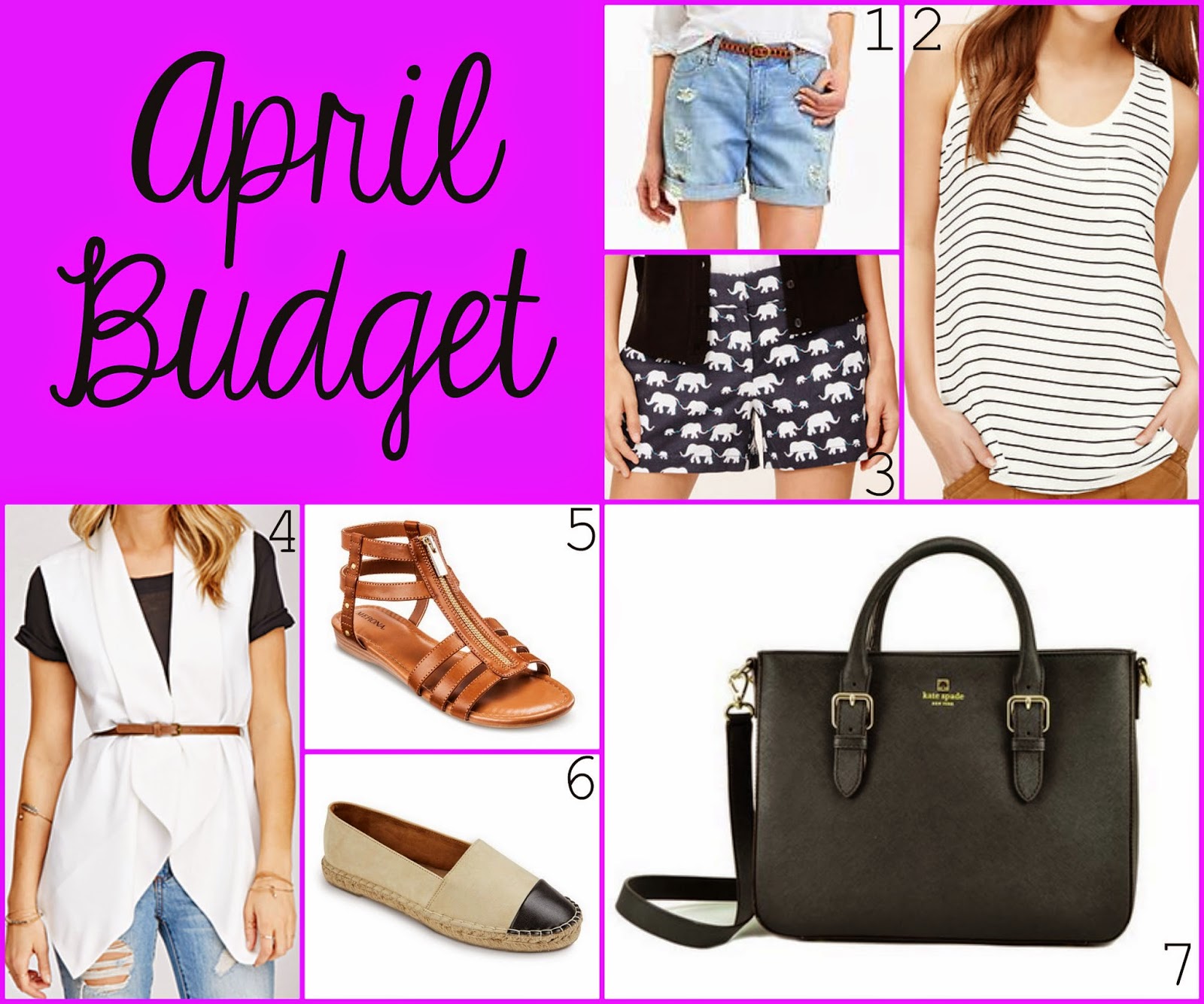 
Apart from the gladiator sandals, I'm loving everything I bought this month. (I'm still undecided about the sandals. I blame it on the lack of sandal weather.) Yeah, I spent way too much, but I've been doing well this year so far (less than $50 each month) so a splurge month was in the cards.

I haven't changed my mind about the purchases I made in a recent LOFT haul. I tried to order the mesh shell in a smaller size, but four days after I received my order confirmation, I was informed that the item was sold out. So frustrating. Now I'm trying to decide whether to keep the one I have or send it back. I'm probably going to send it back since I just don't love it the way I love the striped tank from the same order. (I wore it twice last week.)

I'm also not sure whether to keep the LOFT elephant scarf. It smells so terrible. And I probably don't need it. Plus if I'm keeping the shorts, do I really need the same print in a different item? (No, and that's why I didn't even order the tee or cardigan -- although if the cardigan weren't sheer, I'd be tempted.)

On a whim, I ordered these floral sneakers from J. Crew Factory. Terribly uncomfortable and stiff. I honestly couldn't see myself wearing them that often. When I saw these flats online, I thought they were a better alternative. The verdict is still out (in the mail) for whether they're keepers or not.

I also put an order in with Old Navy, but it was a flop. These jacquard Pixie pants didn't fit. This seersucker shirt was... meh. I accidentally ordered this top in a Tall, and it was just too Tall. I'm holding out for another free shipping day, because we know that I don't need to be tempted by another $35 worth of stuff just to get free shipping.

I can't say there's anything that I have my eye on next month, although I have considered getting my sleeveless blazer in black. Also, it will be a different story if this scarf goes on super sale or if this bucket bag goes on super-dee-duper sale.

How did you do this month? What did you buy?