A few weeks ago I taught my students that our actions should reflect our values, and our values should be reflected in our actions. In other words, if we value honesty, we shouldn't tell lies. If we do lie, our behavior indicates that we don't truly value honesty. Since then, I've started thinking deeply about whether my actions reflect my values.

This past weekend, I went with a friend to take some things to the local consignment shop. I'm on a (slow) mission to reduce the amount I have in my closet. We didn't have much luck at that shop, so my friend suggested we go to Plato's Closet. I reluctantly agreed. I've had terrible luck with them in the past, but I was willing to do just about anything at that point to keep me from my research.

The experience I had at Plato's this past weekend was like none I've ever had before. The store must have had a makeover because the carpet looked brand new, the racks weren't crammed, and it even smelled normal in there. Most of the clothes seemed to be in great condition, including one striped sweater. It wasn't just any striped sweater, though. It was one that I had actually wanted years ago, but couldn't afford, so settled for a similar one instead. Even though at the time I knew it was too short and too boxy, I still took it home with me in hopes that I could make it work.

Long story short, I tried on the sweater at Plato's, loved it, and bought it. For the first time in years, I hand-washed something, too! That's how you know that I really wanted to wear it. I wore it a few days later when we had an abnormally warm day. That day I couldn't help but think about what that sweater represented.

I value conservation. I recycle. I even take pop bottles out of garbage cans and put them in the recycling bin. I reuse. Instead of putting my sandwiches in zip-loc bags, I put them in tupperware. I have canvas bags when I go grocery shopping. I reduce, but not nearly as much as I reuse and recycle. I reduce by bringing a travel coffee mug to Starbucks instead of getting one of their coffee cups (which gets you a 10 cent discount if you didn't know!). But I still buy new clothes every month.

So do my actions reflect my values? Maybe, but I know I could do better. Perhaps more thrifting and less mall shopping would be the solution? What do you think about buying new vs. buying used? Do your actions reflect your values? 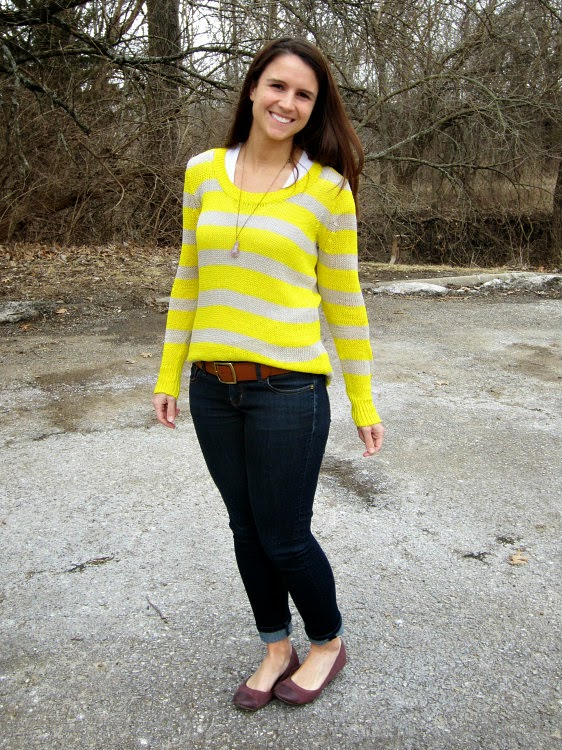 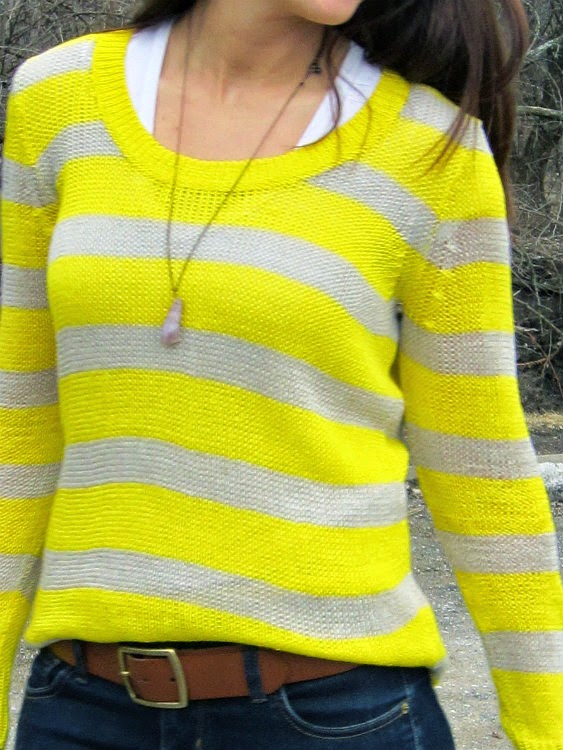 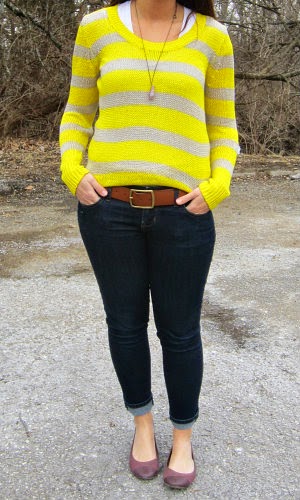 
Also, Larissa recently wrote a thoughtful post on consumerism. You should give it a read.
Posted by kate @ a journey in style at 2/26/2015