Andi had this great idea to reflect on purchases of 2014, and so I did the same. I am trying to be more conscientious and intentional about what I bring into my closet. I bought 45 items during 2014 - which might be the fewest I've bought in years. I've been making an effort to wear these items and not let them go neglected. But there's a different story for 2013. And that's why also I'm reflecting on the purchases of 2013. 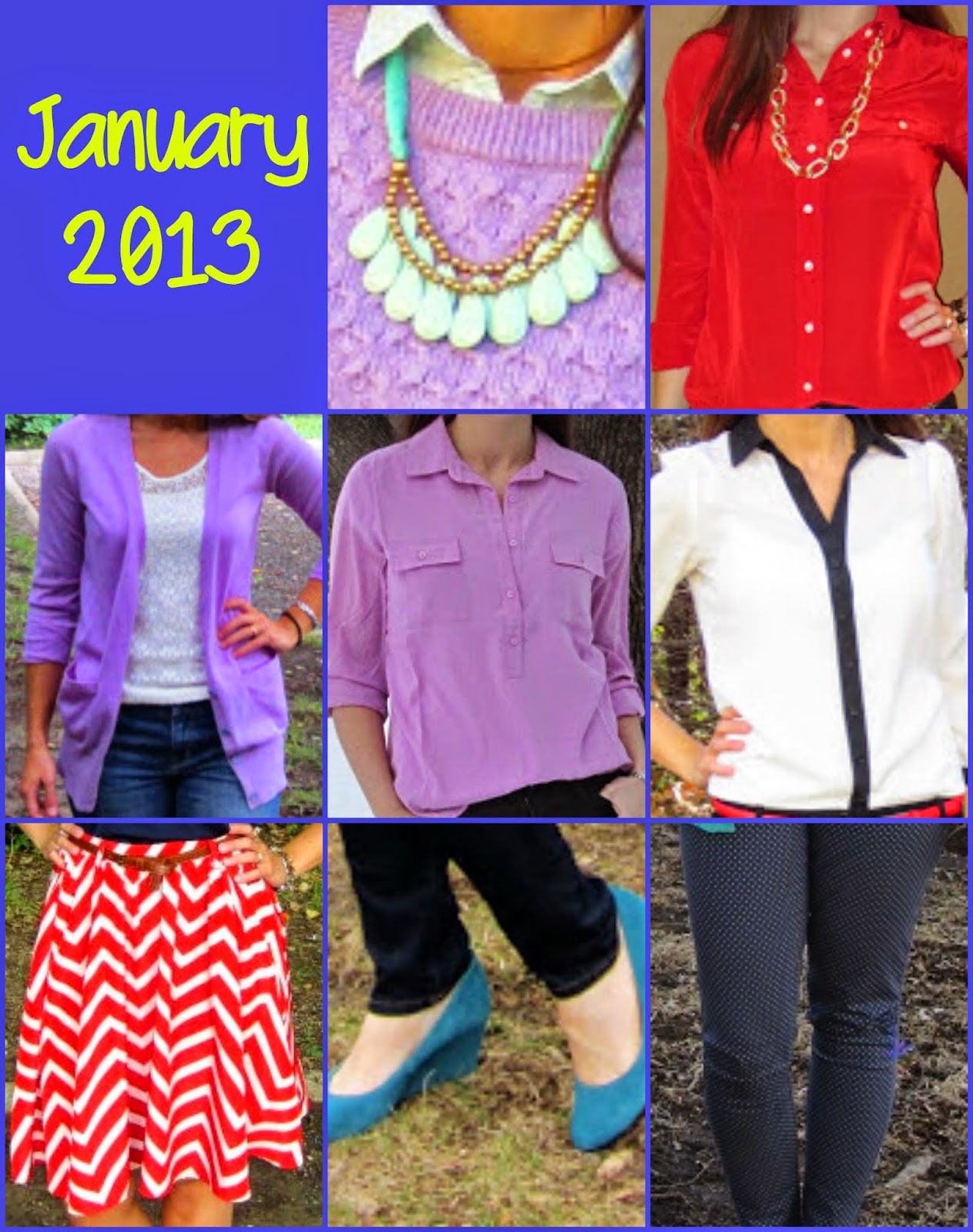 Medium (in between good and bad):

I'm not sure what to make of this other than nearly half of January 2013's purchases I could have done without. This Budget Rewind does help me gain some perspective on what I'm willing to part with when push comes to shove, or when I can deal with getting a couple bucks for a $20 purchase.
Posted by kate @ a journey in style at 2/02/2015